Jan122017 by carinasauterNo Comments
All, Prototyping

As part of P&G IT’s innovation effort, we were looking to get a better understanding of the technical challenges of supporting the company’s progressing move toward the Internet of Things. An effort that had originally largely been driven by R&D, IT was now increasingly needed to support updates over the air, a solid cloud infrastructure and data management. The IT department decided to build a functioning IoT prototype to learn more about the challenges and possible solutions.

The concrete prototype was determined to be something that could be used within the office space. After some rounds of brainstorming, we decided to build a room occupancy tracker that would give immediate visibility whether a meeting room was free via an online dashboard. 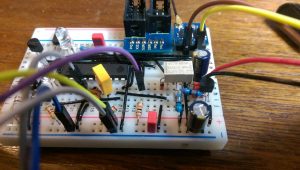 We first built an IoT device using an Arduino prototyping platform. We then decided to assemble and solder our motherboards ourselves, however. We connected humidity, temperature, motion and brightness sensors, applied the logic directly on the device to save power (we decided to go for a battery-driven solution to have more independence and flexibility) and pushed the data to a database in the cloud, which underlay the dashboard.

Finally, we designed and 3D printed a case for more robust handling. 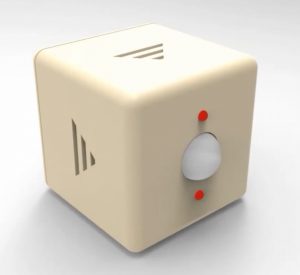 I initiated the project and was involved in all steps. My main responsibility was communicating our progress (creating blog posts, a promotional video) and presenting the finished prototype to executives of the company.

Jan122017 by carinasauterNo Comments
All, Prototyping

Leveraging the Mio Alpha Watch as a real-time heart rate sensor, we integrated the ECG signal into a virtual reality environment in Unity by creating a heart object that palpitates to the rhythm of the wearer’s real heart.